It is this unshakeable bond between them that both saves their lives and thwarts their futures. Set over the course of five decades, The Dutch House is a dark fairy tale about two smart people who cannot overcome their past.

The Dutch House is the story of a paradise lost, a tour de force that digs deeply into questions of inheritance, love and forgiveness, of how we want to see ourselves and of who we really are. Filled with suspense, you may read it quickly to find out what happens, but what happens to Danny and Maeve will stay with you for a very long time. Ann Patchett is the author of seven novels and three works of nonfiction. Her work has been translated into more than thirty languages. She is the co-owner of Parnassus Books in Nashville, Tennessee, where she lives with her husband, Karl, and their dog, Sparky.

At a time when Britain, America, and much of Europe have never been so secular--and when his mother's death and his Irish Catholic family's complicated history with the church prompted a reckoning with his own beliefs-- Timothy Egan decided to follow in the footsteps of centuries of seekers. He embarked on a thousand-mile pilgrimage through the theological cradle of Christianity, to explore one of the biggest stories of our time: the collapse of religion in the world that it created.

Egan sets out along the Via Francigena, once the major medieval trail leading the devout to Rome, and makes his way overland via the alpine peaks and small mountain towns of France, Switzerland and Italy. The goal: walking to St. Peter's Square, in hopes of meeting the galvanizing pope who is struggling to hold together the church through the worst crisis in half a millennium. Making his way through a landscape laced with some of the most important shrines to the faith, Egan finds a modern Canterbury Tale in the chapel where Queen Bertha introduced Christianity to pagan Britain; parses the supernatural in a French town built on miracles; and journeys to the oldest abbey in the Western world, founded in and home to continuous prayer over the 1, years that have followed.

A thrilling journey, a family story, and a revealing history, A Pilgrimage to Eternity looks for our future in its search for God. He writes a biweekly opinion column for The New York Times. Tracing an ancient pilgrimage route from Canterbury to Rome, the bestselling and "virtuosic" The Wall Street Journal writer explores the past and future of Christianity.

The Age of Intelligent Machines is upon us, and we are at a reflection point. The proliferation of fast-moving technologies, including forms of artificial intelligence, will cause us to confront profound questions about ourselves. The era of human intellectual superiority is ending, and, as a species, we need to plan for this monumental shift.

These machines, while challenging our personal beliefs and our socio-economic world order, also have the potential to transform our health and well-being, alleviate poverty and suffering, and reveal the mysteries of intelligence and consciousness. International human rights attorney Flynn Coleman deftly argues that it is critical we instill values, ethics, and morals into our robots, algorithms, and other forms of AI. Equally important, we need to develop and implement laws, policies, and oversight mechanisms to protect us from tech's insidious threats.

To realize AI's transcendent potential, Coleman advocates for inviting a diverse group of voices to participate in designing our intelligent machines and using our moral imagination to ensure that human rights, empathy, and equity are core principles of emerging technologies. Ultimately, A Human Algorithm is a clarion call for building a more humane future and moving conscientiously into a new frontier of our own design.

Flynn Coleman is a writer, international human rights attorney, public speaker, professor, and social innovator. She has worked with the United Nations, the United States federal government, and international corporations and human rights organizations around the world. Coleman has written extensively on issues of global citizenship, the future of work and purpose, political reconciliation, war crimes, genocide, human and civil rights, humanitarian issues, innovation and design for social impact, and improving access to justice and education.

A Human Algorithm is her first book. She lives in New York City. A groundbreaking narrative on the urgency of ethically designed AI and a guidebook to reimagining life in the era of intelligent technology. Jump to Content. Search form Search. San Francisco Events. San Francisco , CA Availability: Usually Ships in Days.

Published: Chronicle Books - September 3rd, By Erin Carlson. Published: Hachette Books - September 24th, Sweetwater Music Hall. Mill Valley , CA This is a great time to add some fire safety learning to your lesson plans for your classroom or homeschool. All materials are geared towards preschool through primary elementary school aged kids. I know many of my readers have younger kids, I went looking around for some printables that you might enjoy using with your kids to teach fire safety. These were just a couple of my favorites from Sparky. Here is a screenshot from the printables activity page where you will find over 50 printable activities!

I scoured the options and chose some of my favorites! This coloring page is a great visual reminder for young kids. The Sparky School House site for teachers is filled with resources: printables, videos, apps, lesson plans and more! We watched the video and all learned some interesting facts! Ladybug snuggled on my lap as we watched and giggled at some of the funny parts. We oooohed and ahhed as they shared the parts about where fire fighting might be going in the future!

She especially liked the robots and droids!

Want to take it beyond just watching the video? They provide free lesson plans! Not just for this video, but for all of their videos and much more! These were just a couple of my favorites.

I also found some fun ideas, like drawing a Dalmatian or creating an Origami dog! Find these printables and more here in the Digital Backpack section! I hope these free resources from Sparky School House help you bring some fun and learning into your home or classroom for Fire Prevention Week! 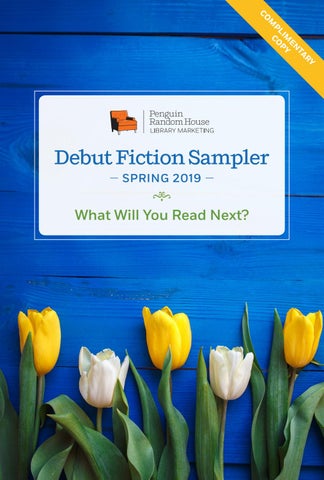 The content including photos within this blog are not to be used without my permission. Katherine Tegen Books sets the GPS for Eventown by Corey Ann Haydu, introducing a girl who moves to an idyllic new town with her family and discovers that there may be a price to pay for perfection; The Greystone Secrets 1: The Strangers by Margaret Peterson Haddix, launching a series in which three siblings follow a labyrinth of codes and secret passageways to find the truth about themselves after they learn that three other children with their same names and birthdates have been kidnapped; The Tiger at Midnight by Swati Teerdhala, kicking off a fantasy trilogy set in a South Indian world; Heroine by Mindy McGinnis, following the careening path into addiction of an injured, college-bound softball star; and The Opposite of Always by Justin A.

Reynolds, relating the story of Jack, who is sent back—over and over again—to the moment he first met Kate, who died nine months after they first fell in love. Margaret Ferguson Books turns in a permission slip for Field Trip to the Moon by John Hare, a wordless picture book about a girl who gets left behind on a class voyage to the moon; A Quieter Story by Liza Woodruff, featuring a creative girl and her ingeniously inventive kitten; The Undoing of Thistle Tate by Katelyn Detweiler, the tale of famous teen author Thistle Tate who struggles to keep her biggest secret: the identity of the person who wrote her bestselling books; Nixie Ness Cooking Star by Claudia Mills, the debut title of a chapter book series set in an after-school program; and The Space Between Before and After by Sue Stauffacher, in which a boy must navigate his grief when his mother suddenly disappears.

Stead, illus. Stead, about a shy cello player who learns to share her music with the moon; Nine Months by Miranda Paul, illus. Versify launches with The Undefeated by Kwame Alexander, illus.


Inkyard Press meets up for Nexus by Lindsay Cummings and Sasha Alsberg, the sequel to Zenith , following a crew of girl pirates trying to save a faraway galaxy; The Evil Queen by Gena Showalter, first in a romantic, action-packed trilogy that recasts fairy tales with take-charge heroines; Brief Chronicle of Another Stupid Heartbreak by Adi Alsaid, about a brokenhearted online magazine writer who decides to capture the last months that a couple spends together before their planned break-up at the end of the summer; The Voice in My Head by Dana L.

Davis, featuring a teen girl whose terminally ill twin sister decides to pursue medically assisted euthanasia; and Beneath the Skin by Jennifer L. Armentrout, a contemporary fantasy that builds from the world of the Dark Elements series. Kane Press ushers in spring with Save the Cake! Carolrhoda gets crafty with Be a Maker by Katey Howes, illus. James, about African-American cowboy Fletcher, and the title he earned when a white man unfairly walked away with a championship; Seventh Grade vs.

Darby Creek offers second chances with the Do-Over series, about teens mysteriously getting the opportunity to change a decision they regret, which includes The Accident by Glasko Klein and The Cheat by Sarah Richman; Escape! Graham, leading off the Reality Show series, featuring kids competing in reality shows; and Off Road by Raelynn Drake, new to the extreme-sports-themed To the Limit series.